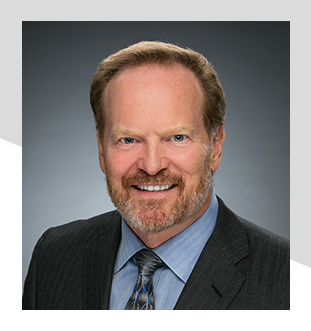 Dr. Robert Bayless specializes in sports medicine and minimally invasive adult hip and knee reconstruction. He has practiced orthopedic surgery since 1988 and founded Precision Orthopedics and Sports Medicine in 1992.

Dr. Bayless is an expert in total knee and total hip reconstruction and has lectured and taught other orthopedic surgeons around the world in minimally invasive techniques. He has performed surgeries and/or given lectures in England, Mexico, Saudi Arabia, Vietnam, Argentina, Colombia, and the United States.

Dr. Bayless' athletic accomplishments are equally impressive. He was elected into his high school's athletic hall of fame for his achievements in basketball and track. In college he was named All-American three times in the high hurdles and high jump. He was NAIA National Champion in the indoor high jump. He still holds his University's school records for the indoor and outdoor high hurdles and was elected to its Athletic Hall of Fame. After college, Dr. Bayless continued to compete in Masters Track and Field Competitions nationally and internationally earning All-American status numerous times.

Board certified for over 21 years as an orthopedic surgeon, Dr. Bayless has provided Irving and surrounding communities with a high level of orthopedic and sports medicine care. He provides medical coverage for the MacArthur and Nimitz High School athletic teams. As a member of the Irving-Las Colinas Chamber of Commerce and other community organizations, Dr. Bayless is an integral part of the community. Dr. Bayless has served as Chairman of the Department of Orthopedics and President of the Baylor-Irving Hospital Medical Staff.

Dr. Bayless offers treatments and the latest surgical techniques in treating damage caused by arthritis and injuries suffered to the bones, ligaments, muscles, and joints. He enjoys working individually with each of his patients to find the best options to living healthy and active. The orthopedic areas he specializes in include:

Doctor of Medicine: University of Missouri-Columbia School of Medicine Undergraduate